Who is Paramahamsa Nithyananda? Paramahamsa Nithyananda is a global leader in the science of enlightenment. Recently coronated as the 293rd pontiff of the world's most ancient Hindu organization, Madurai Aadheenam, Nithyananda is revered as a living avatar (divine incarnation) by millions worldwide. He is the most-watched spiritual teacher on YouTube.com with more than 14 million views, and the author of more than 300 books published in 27 global languages. Nithyananda has been named among the world's top 100 most spiritually influential personalities of 2012 by renowned esoteric magazine 'Mind Body Spirit' from Watkins.
A spiritual genius with an enlightened insight into everything from management to meditation, from relationships to religion, and from success to spirituality, Nithyananda brings to us a wealth of practical wisdom, meditation techniques, kriyas and tools for lasting inner transformation. A trained yogi, a powerful spiritual healer and a siddha, Paramahamsa Nithyananda is working actively with scientists and researchers worldwide to decode the mystical yogic sciences of the East, including levitation, teleportation and manifestation (materialization).
When Paramahamsa Nithyananda ascends the traditional seat of teaching (Dhyanapeeta Mahasamsthana Avathumvara Simhasana) every morning and starts his teaching sessions (satsang), thousands of people from over 30 countries participate live via 2-way video conferencing. Also, people from 150 countries watch the streaming of recorded videos every day on Nithyananda.tv

The Most Rare and Extraordinary Phenomenon on the Planet 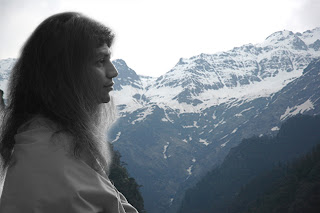 Enlightened beings (sometimes called Avatars) take a conscious birth and appear again and again on planet earth solely to raise the consciousness of the earth. Examples of other incarnated enlightened masters are Krishna, Buddha, Christ, Bhagavan Ramana Maharishi, and RamaKrishna Paramahamsa to name a few.
Much more rarer are those beings who appear in public life and dedicate not only their life but also inspire thousands of lives to transform the modern man, making the true ancient knowledge so easily available, transmittable and directly experienced.
These rare beings differ from regular human beings. Filled with compassion, they exhibit extraordinary powers and intelligence with different state of highest consciousness, different physiology and different brain functions. By being constantly in the state of Samadhi - the zone of enlightenment, they can heal and transform others simply by their presence and touch.
A true inner scientist, Nithyananda has healed thousands of people from chronic diseases to mental illness and has initiated over 7000 Spiritual Healers into the ancient and most rare science of spiritual healing. Every day over 20,000 people get free spiritual healing service. He is being awarded honorary doctorate by Open International University for Complementary Medicines, Sri Lanka for his tremendous contribution to the field of Spiritual Healing.

Recognised worldwide as the brightest star on the spiritual horizon, his simple yet profound explanations of deep truths are illustrated with the latest in technology and scientific researches, leading edge discoveries into human consciousness, and with original revelations of ancient scriptures.

In his own words, Nithyananda says, "The Greatest Service you can do in your life, the best use you can make of your life is to keep the Science of Enlightenment alive on the planet. Nithyananda remains always grateful to the spiritual masters and the rich spiritual heritage of India which made it possible for him to learn and practice these timeless spiritual truths. Wishing to share his spiritual understanding with others, and dedicate his life to the service of humanity, he decided to end his life as a recluse and enter into the public life. To this end, he set up his spiritual organization Nithyananda Dhyanapeetam on 1st January 2003, with its headquarters in Bidadi near Bengaluru (earlier Bangalore) in India.

The organization was set up with the vision of:
In the short span of 8 years since its inception, Nithyananda Dhyanapeetam has seen phenomenal growth and received tremendous popular support. The organization has ashrams, Vedic temples and thousands of meditation centers in 150 countries worldwide. These spiritual centers nurture quantum spirituality, where material and spiritual worlds merge and create opportunities for blissful living.
Today, Nithyananda is an inspiring personality for millions of people worldwide. His authenticity, depth of experience and his rare gift for making spirituality both practical and enjoyable have allowed Nithyananda’s teachings to reach far and wide. A powerful spiritual healer, Nithyananda has healed thousands of people of diseases ranging from depression to cancer, often with a single touch. Working and sharing with over 10 million people worldwide every year, Nithyananda is committed to help humanity make the next big breakthrough: into Superconsciousness. Nithyananda Mission is Swami’s worldwide movement to promote global peace through transformation of the individual. Nithyananda Mission’s worldwide ashrams and centers serve as spiritual laboratories where inner growth is profound and outer growth is a natural consequence. These academies offer a place and space to explore and explode through a host of activities, from meditation to science. They nurture quantum spirituality, where material and spiritual worlds merge and create blissful living. They offer guaranteed life solutions that have seen quick and effective transformation of lives. Nithyananda Dhyanapeetam Services

A Healer and Counselor

Helping and Serving Through Spiritual Healing 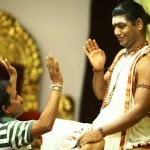 Science of the Impossible 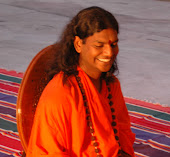 Bringing Spirituality to the World

Revealer of the Science of Spirituality